Antiquities As Pretext to Forcible Transfer: The Case of Ghuwein

Land confiscation has always been one of Israel’s pillar policies in administrating the occupied Palestinian territory (oPt). The most common and classic methods that Israel has been using to systematically confiscate Palestinian lands and forcibly displace Palestinian owners are the declaration of State land, seizure of land for military purposes, and the declaration of land as “abandoned property”. Recently, a new trend has been observed to confiscate Palestinian lands under the allegation of protection and preservation of Jewish historical inheritance, which not only forcibly displaces Palestinians from their own lands, but also deprives them from their historical and cultural rights and narratives, and promotes an exclusive Jewish cultural heritage in their lands.

Khirbat Ghuwein (Hereinafter Ghuwein) sets an example to Israel’s use of such policies as tools of forcible displacement. Ghuwein is located in the south of Hebron, in an area classified as “C” under the Oslo accords, where Israel retains full and exclusive control. Ghuwein is surrounded by three Israeli settlements, most notably the settlement of Shani and Sefer. It is also surrounded by the Annexation Wall and bypass roads, which have effectively rendered it isolated from its surroundings. 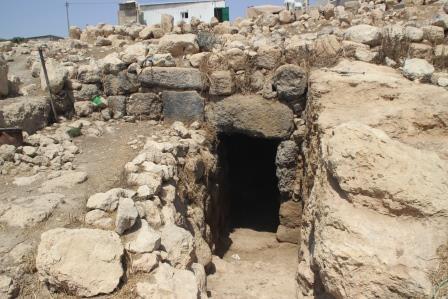 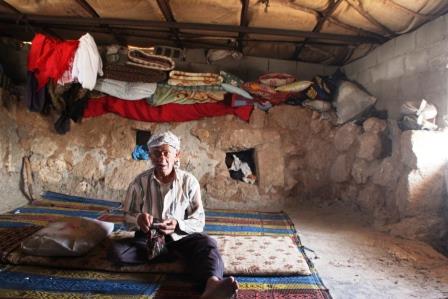 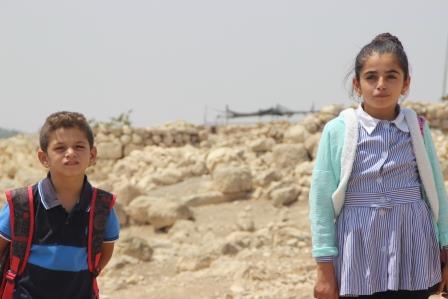 Palestinians have inhabited Ghuwein in the early 20th century, and today, it includes around 100 individuals, composing about 15 families, divided between the Hawamdeh and Daghamin families. The inhabitants of Ghwein live in tents, caves and tin houses.  The historical character of Ghuwein is evident in the ruins, as according to the residents, it includes about 60 caves and grottos dating back to the Roman and Byzantine eras.

Ghuwein is an integral part of the municipality of Samu’. However, due to its classification as area C, the Israeli authorities prevent the delivery of basic services to the area, and actively impair the livelihood its residents through the destruction of water and electricity networks. Currently, the water is transferred to the residents of Ghuwein by a tanker and the electricity is generated by solar panels that were donated to them.

The village continuously receives demolition orders under the pretext of having no building permits. There are approximately 23 standing demolition notices for the facilities that shelter the citizens and their livestock, as well as the mosques and schools.

Recently, Israel’s forcible displacement attempts took a new dimension: Israeli authorities claim that Jewish antiquities exist in the area and that the residents of Ghuwein are not preserving historical and archeological treasures. Israeli authorities argue that the purpose of the policy against those residents is the protection of the archeology, therefore through the Israeli Antiquities Authority, they distributed 14 notices of demolition of houses under the pretext of vandalism of antiquities. This new category of warning contains a hearing date and an order to stop the work. Failure to comply with this warning is a criminal charge according to this warning followed by a final termination of construction and an eventual demolition.

In response, St. Yves, representing Ghuwein in Israeli court, assigned archaeology expert to prove that the claims of the Antiquities Authority were inaccurate. The archaeological expert's report concluded that the antiquities of the area were Roman and Byzantine, and that the residents of Ghuwein were protecting and preserving them. The case is still standing before the court. 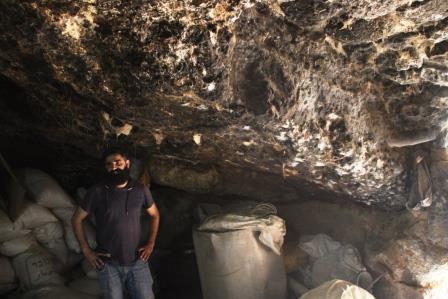 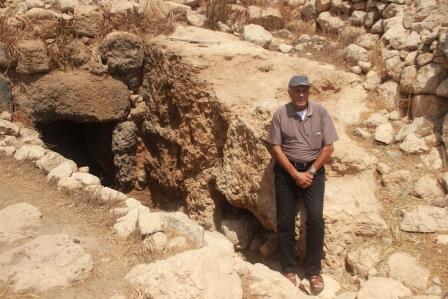 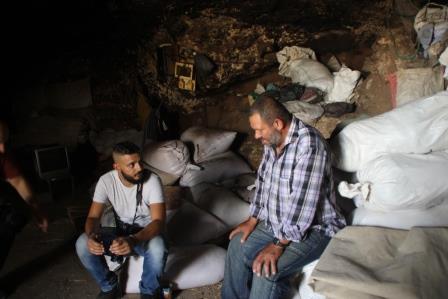 International law prohibits intentional damage to cultural property during the context of an armed conflict. Within the framework of the Israeli Civil Administration imposed on the oPt, archaeology comes under the auspices of the Staff Officer for Archaeology (SOA) who administers this territory on behalf of the Military Commander.[1]

The occupying state interprets this responsibility in a very broadly manner, exceeding the international obligation and in fact in violation of international law and the rules of occupation. International humanitarian law applies to the Palestinian situation in general and to the protection of antiquities in the occupied territories, this includes the Hague Convention of 1907, the Fourth Geneva Convention of 1949, the Hague Convention and the 1954 Protocol and the UNESCO Recommendations and guidelines applicable to archaeological excavations. Legal protection includes, but isn’t limited to, the obligation to support national authorities, restrictions on prospecting and interdiction against the transfer of relics outside the occupied territories, as well as the obligation to return them.

Despite the limited number of international regulations governing cultural property, it was given a special status under article 56 of Hague Convention of 1907. Further, Article 4 (3) of the 1954 Hague Convention for the Protection of Cultural Property in the Event of Armed Conflict states that “The High Contracting Parties further undertake to prohibit, prevent and, if necessary, put a stop to any form of theft, pillage or misappropriation of, and any acts of vandalism directed against, cultural property. They shall refrain from requisitioning movable cultural property situated in the territory of another High Contracting Party”.

The aforementioned Convention contains two Additional Protocols of 1954 and 1999. The State of Israel is one of the signatories to Protocol I only. Palestine has joined the Convention and its two protocols in 2012.[2]Customary international law also requires all States to support national authorities in the occupied territories in the preservation and preservation of cultural property

Alongside the obligations of international law, the occupying state is obligated under article 43 of the Hague regulations to preserve the laws that existed in the territory prior to its occupation. The relevant domestic law is the Jordanian Antiquities Law of 1966, which regulates the field of archaeology and determines the ownership and administration of antiquities.

This policy cannot be separated from the policy of forcible transfer of the population through the creation of an unstable or unbearable life. The expansion of the powers of Staff Officer for Archaeology strengthens Israel's authority in the region and achieves its expansionist goals, both geographically and culturally, from looting and expropriation, and from the moral aspect of creating an exclusive Israeli narrative and thus control over the Palestinian territories. 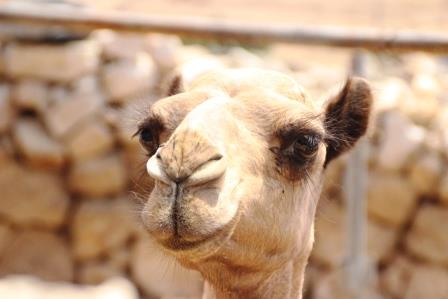 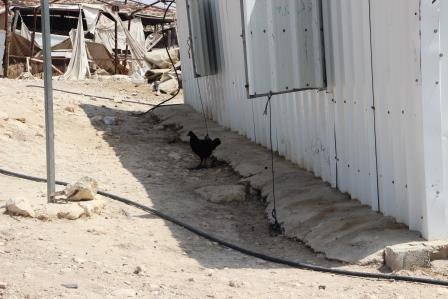 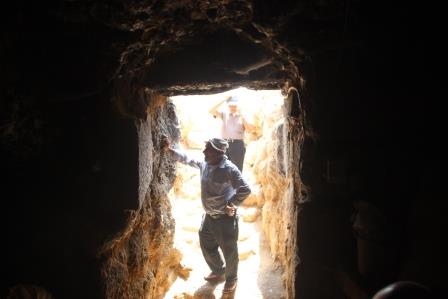