The Society of St. Yves – Catholic Center for Human Rights accompanied on Thursday, 26/4/2018, a delegation from CIDSE, representatives of several European Catholic institutions, to the Cremisan Valley and Beir Onah areas in Beit Jala, to witness the the effects of the Annexation Wall and the surrounding settlements in the area.

The delegation started with a visit to the Convent of the Salesian Sisters in Cremisam valley, where St. Yves Director, Adv. Raffoul Rofa, briefed the delegation on the latest legal developments in the legal case which lasted over one decade before Israeli courts and ended with the legalization of the construction of the Annexation Wall in the area. The delegation were also briefed on the settlement context surrounding Cremisan area and its direct association with the Annexation wall, presented by the PLO’s negotiations Affairs Department, Mr. Xavier Abu Eid.

The delegation met with a group of landowners who had lost their lands to the route of the Annexation Wall in Beir Onah. The landowners shared their testimonies on the grave implications of building the Annexation Wall on their families, resources of income and future of the area, especially with the total isolation of their lands behind the Annexation Wall, with scarce possibility to accessibility through permits from the Israeli authorities – if provided-  preconditioned with time, which constitutes a real barrier to effective access to land. Landowners, who represent 58 Palestinian families, most of whom are Christian families, warned that the Annexation Wall in their lands is a main reason for immigration, and  called for immediate international action to pressure on the Israeli authorities to halt its systematic violations of fundamental human rights. 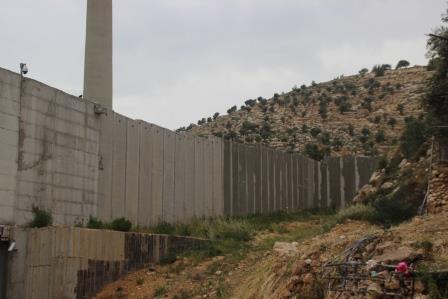 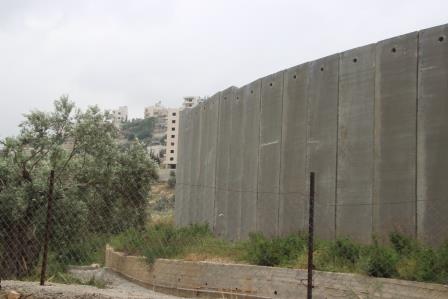 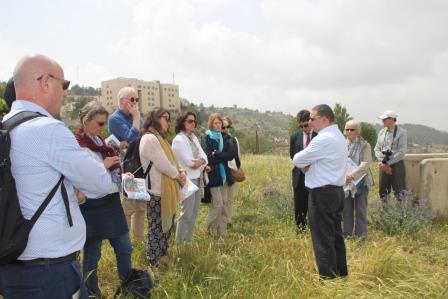 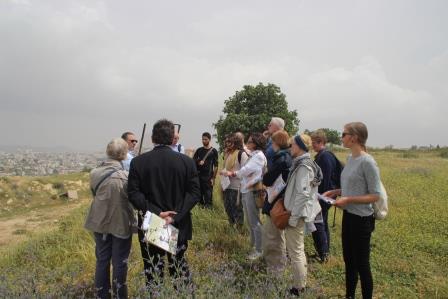 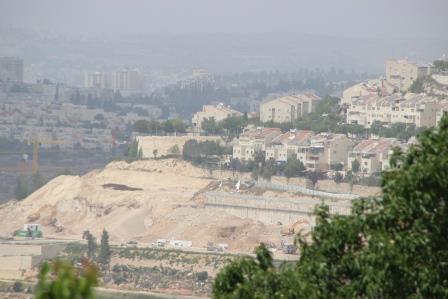