Currently there are 215 Palestinian households in Massafer Yatta, at risk of transfer; a total of 1,150 people, 569 being children. The Israeli authorities have defined their home as “Firing Zone 918” and have been trying to forcibly transfer them for over two decades.

The villages of Khirbet Sarura and Kharoubeh no longer exist after the homes there were demolished. Now, the village of Khalet ed Daba and other villages are set to be next in line. Their residents will also be forcibly transferred, and their homes demolished.

The Society of St. Yves alongside other CSOs have been providing legal aid in the attempt to prevent the transfer of the residents of Khalet ed Daba. On September 6, 2022, a petition was submitted to the High Court of Justice (22/5866 Adnan Dababsha vs Military Commander), objecting to the recent decision to withhold approval of a planning request. Two days later, on September 8, 2022, the High Court dismissed the petition to freeze the demolition order under the pretext that a previous court decision (13/413 Abu Iram vs Military Commander from May 4, 2022) had settled the matter, extending the time for demolition to September 29, 2022.

Now, the people of Khalet ed Daba are at serious risk of forcible transfer.

St. Yves lawyers requested another court hearing regarding the decisions 413/13 and 13/1039. However, this has also been rejected. There are no further legal options in this tragic tale.

The residents of Masafer Yatta, including those of Khalet ed Daba are among the most vulnerable people in the occupied Palestinian territory (oPt) today. They are wholly dependent on humanitarian aid. This is due to a restrictive and discriminatory planning regime that increasingly issues demolition orders and stops works on homes, animal shelters, cisterns, and community infrastructure on the grounds that these are without permits. Permits, however, are almost impossible to obtain. The communities live in constant fear, trying to survive in a coercive environment, suffering from limited access and impediments to free movement. In addition, they are exposed to both settler violence and constant incursions by the Israeli military.

Humanitarian organizations and donors have been aiding the communities in Masafer Yatta to ensure their basic needs. However, the Israeli authorities have been increasingly impeding humanitarian aid by consistently demolishing funded structures and confiscating both vehicles and equipment. The physical presence of humanitarian actors and donors is also severely restricted, thus leaving the people even more vulnerable and exposed.

On June 24, 2022, staff members of St. Yves were detained for over four hours while carrying out a routine visit to follow up with the community on ongoing legal procedures. Their car and cellphones were confiscated in the process.

The forcible transfer of civilians from, or within the occupied territories is prohibited under international humanitarian law. Khalet ed Daba has 15 households: a total of 84 people, 48 of them being children. Their fate is forcible transfer, and we call on the international community to act in order to prevent this.

St. Yves calls upon the U.S., the EU, the UN and the entire international community to: 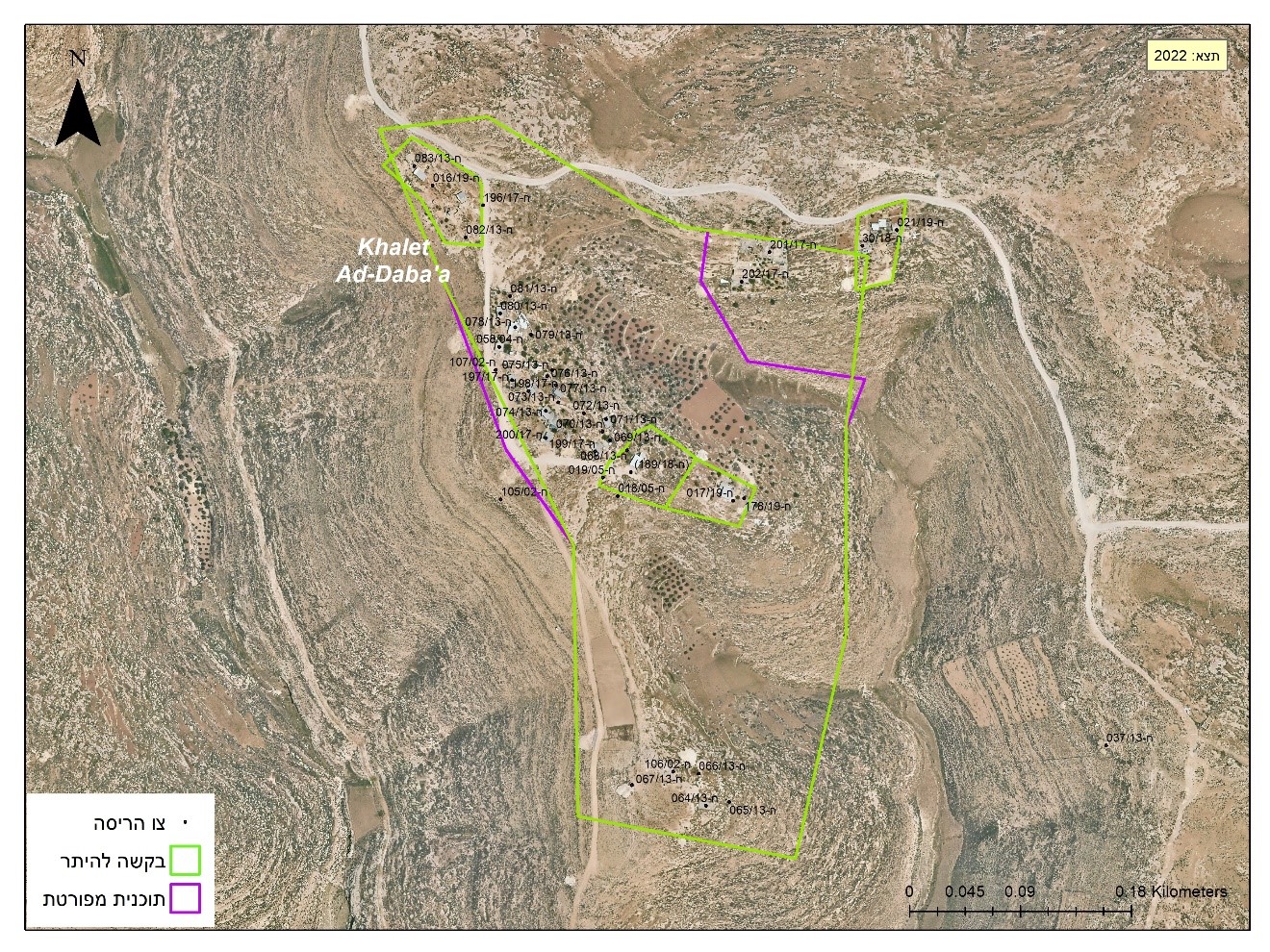